The Biggest Things You Need to Know About Email Accessibility

From legal compliance to business impact, this is why accessibility matters. By now, you’re probably aware of the accessibility requirements that your emails must meet. Not only is it the law to make your emails accessible, but you’re leaving dollars on the table if your marketing emails are incomprehensible to any portion of your intended audience.

We took a deep dive to look into ADA requirements and the larger business impact they have. ‍

An overview of ADA requirements‍

The Americans with Disabilities Act of 1990 declared that companies have to be ADA compliant, but failed to specify clear guidelines. In came the WCAG (Web Content Accessibility Guidelines) in order to establish what the ADA means. It declared that in emails, companies must:

Anyone creating marketing emails should be proficient in the legal ADA requirements, like maintaining a logical reading order, using alternative text in images, and featuring descriptive subject lines. ADA requirements make emails easier for folks with disabilities to take in, so think in terms of the contrast between your text and background, and whether the tables your email template uses would read correctly on tablets or other mobile devices.

Sacrificing ease of accessing information for stylistic preferences just won’t cut it. Not to mention, you can be fined $75,000 for just your first compliance failure — the monetary risk of ignoring these laws is simply not worth it.

Remember to use semantic code when building your emails to provide enough space around your text, and to use colors that aren’t too similar or muted for the benefit of colorblind folks.

When we were building our own marketing emails after a recent brand refresh, for example, our design team initially mocked up templates with CTAs that were not ADA compliant. We ended up adjusting the font color and the background to make sure our emails were accessible to our entire audience.

Memorizing and double-checking the legal requirements is a strong habit to get into. ADA requirements become rather intuitive when you take a step back and think about who and why they are actually helping.

According to the World Bank, 15% of the globe’s population has a disability. A common misconception is that all disabilities are easy to outwardly identify, but plenty of the screen-related disabilities that accessibility requirements address are initially indiscernible.

The Arlene R. Gordon Research Institute found that 135 million people have vision impairment, and that number is projected to double by next year.

It’s important to remember that there are varying degrees of accessibility needs. Some members of your audience might be 100% blind, while others have different levels of vision impairment that can’t be reversed with corrective lenses (for instance, color blindness). When aspects of your email aren’t ADA compliant, that’s a massive pain for a large number of your audience and a pain point for your business — you’re only reaching about 85% of your intended audience.‍

Smart speakers like Amazon Alexa and Google Home are becoming a mainstream fixture in approximately 120 million American homes. Asking a smart speaker to read you an email, for example, is becoming an increasingly normal occurrence and spearheading the need for accessibility protocols in more and more of your audience’s content. If you don’t have a plain text version of your email, for example, Alexa won’t be able to read it out loud, as smart speakers can’t read text that’s burned into images.

Besides risking losing thousands of dollars and clicks by ignoring ADA requirements, you’re isolating a larger percentage of your audience than you may realize. Chances are accessibility protocols will only continue to increase and become more inclusionary, and it’s in everyone’s benefit to stay on top of these changes.

A Lesson in Effective Email Creation for Higher Education Marketers 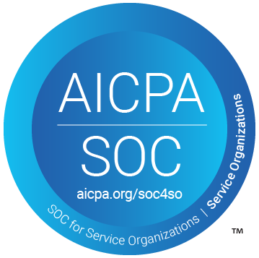